Products available for purchase online only in CA, FL, NY, NJ, WA at this time. 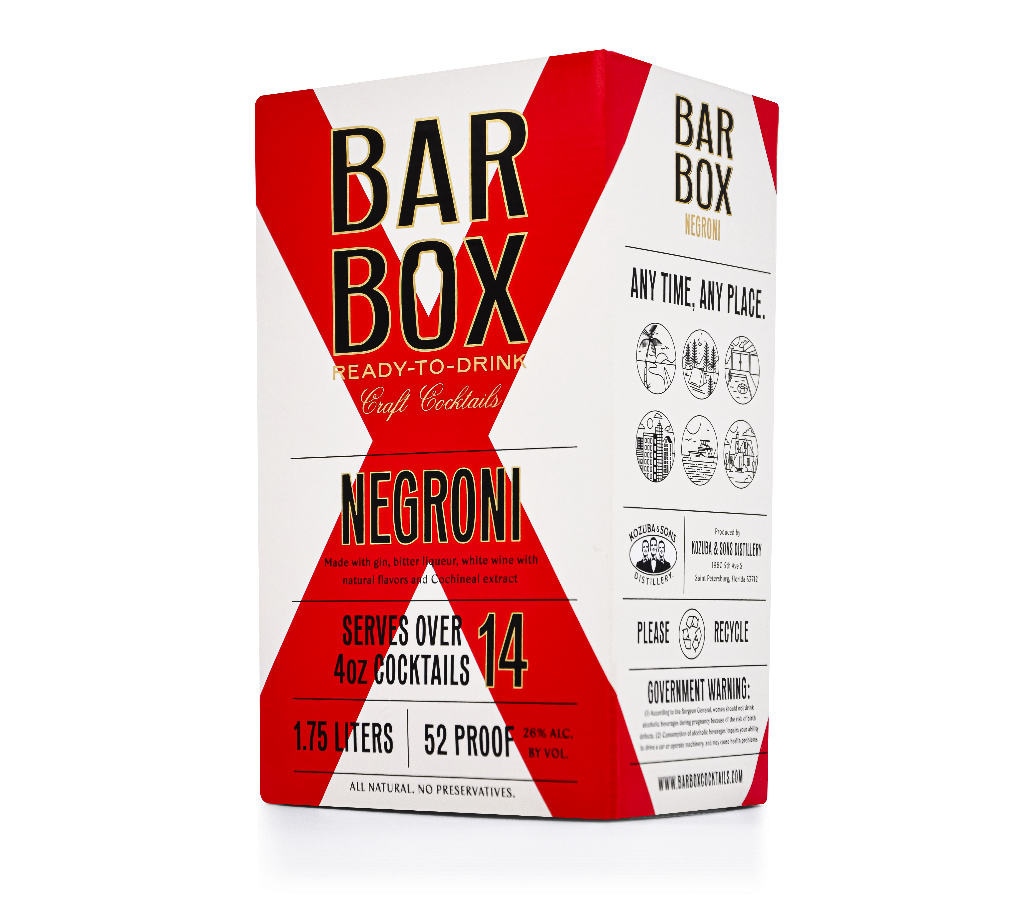 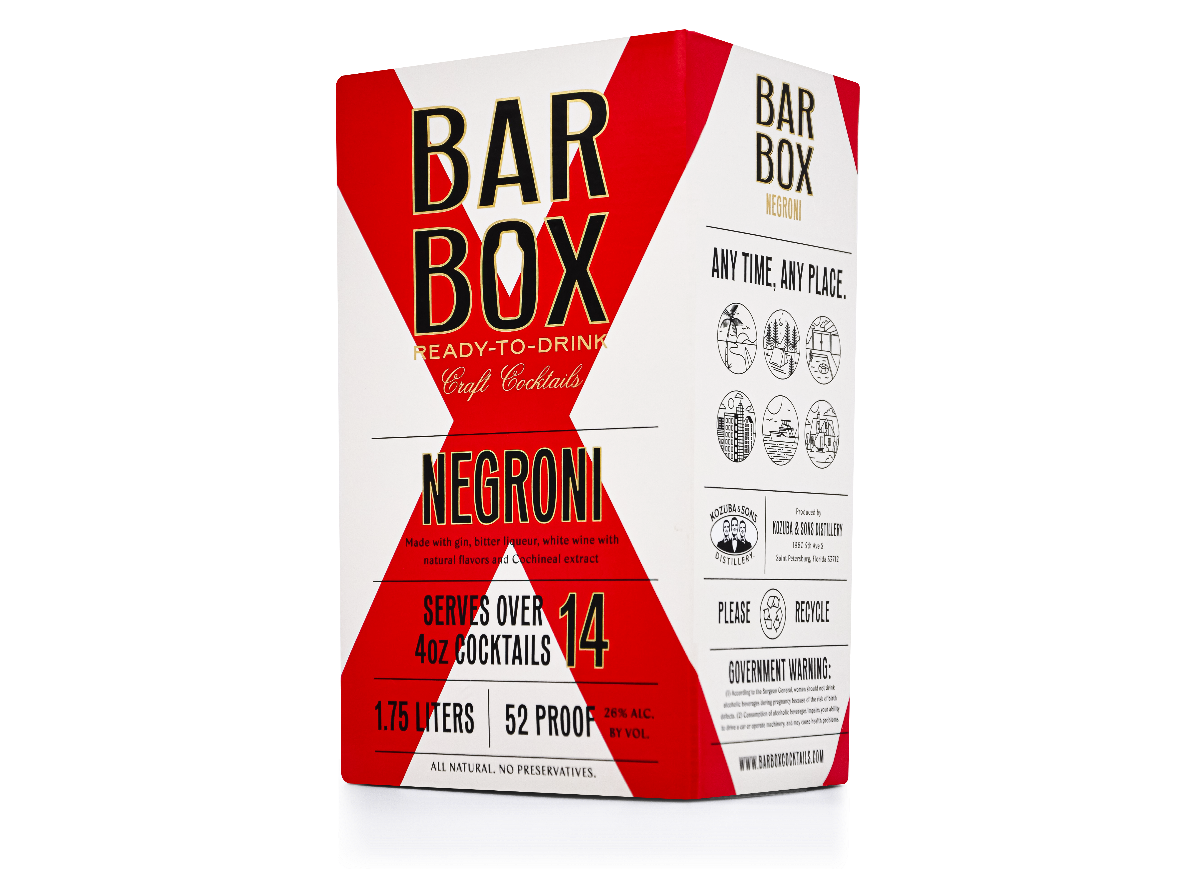 Pale amber orange color. A melange of bitter spices and herbal notes on the nose that reveals itself in layers. Big and bold gin flavors on the palate with everything you want in a classic Negroni highlighted by orange peel and a complex and satisfying finish that lingers.

A classic Negroni made from ingredients we produce in-house. We make a special batch of gin specifically for use in this cocktail. We also produce a vermouth using a pinot gris base macerated with dozens of herbs and spices, as well as an amaro bitter liqueur with a similar maceration in American corn vodka, also made in-house. All ingredients are natural and without preservatives.

Legend has it that in 1919 Florence, Italy, Count Camillo Negroni asked bartender Forsco Scarsello to replace the soda water in his Americano with gin. An orange garnish was added, creating the first known Negroni and the rest is history.

“A very well done new line of blended cocktails, all with the potency to back up the flavors. The Negroni has lovely spicy and herbal aroas and flavors with a creamy texture, and it correctly relies on bitters rather than acidity to complete the taste.” 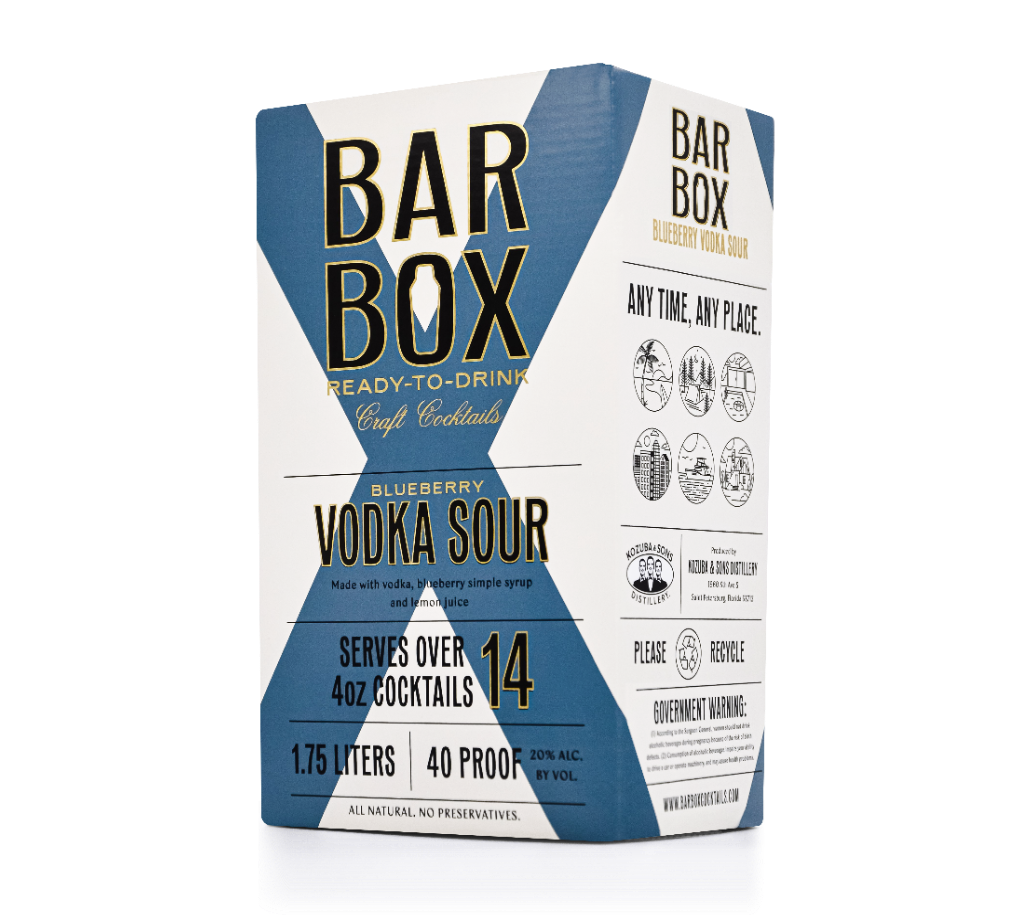 Plummy purple color. Big, juicy blueberry aromas are front and center on the nose. The rich blueberry flavors on the palate are complimented by real lemon juice that brings a balanced acidity, along with layers of subtle vodka character that provide structure and tie it all together. The parade of blueberry continues on the finish, drawing you back for another sip.

A classic Vodka Sour with a blueberry twist, made with craft vodka, blueberry simple syrup using real blueberry juice, and lemon juice. 􀀀All ingredients are natural and without preservatives, including the use of cane sugar in the simple syrup, and the vodka is made in-house from American corn.

The British Navy is credited for popularizing, if not inventing the Sour. The first record of the Sour is in 1856, with the written recipe for a Sour appearing six years later. The Sour’s simple three-ingredient construction􀀀of a base spirit, citrus and sweetener, plus water (from ice) adding essential dilution is replicated in countless cocktail recipes.

“They are really good. I was drinking the Vodka Sour the other day while watching NFL Football, and I felt pretty manly.” 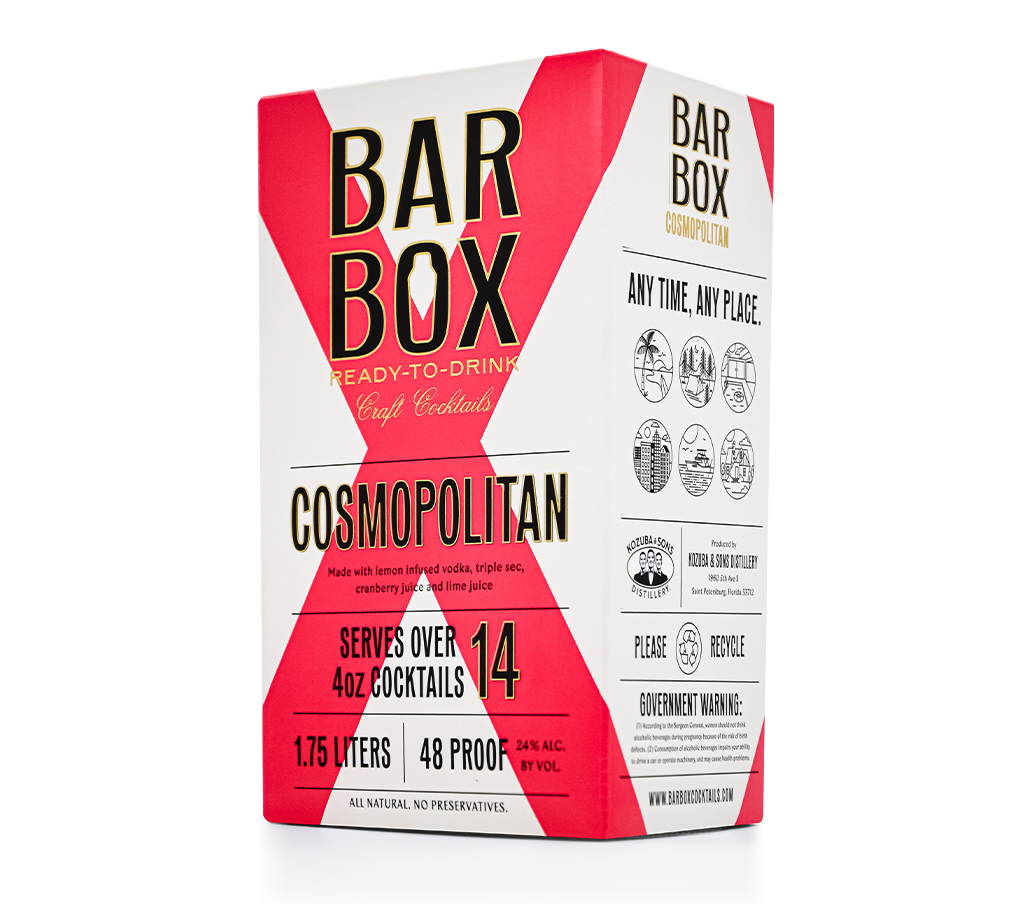 Pale rose color. A fresh and vibrant nose reflecting a sophisticated take on a classic Cosmopolitan, with the quality of the vodka providing structure for the cranberry and citrus flavors. A balanced and refreshing acidity allows the character of the quality ingredients to shine. The cranberry and lime notes linger on the finish, with an element of lime zest adding depth.

A classic Cosmopolitan made with lemon-infused craft vodka, triple sec, cranberry juice, lime juice and simple syrup made with cane sugar. All ingredients are natural and without preservatives, and the vodka is made in-house from American corn. In 1975, bartender Neal Murray created the Cosmopolitan by adding a splash of cranberry juice to a Kamikaze. Legend has it that the first taster took a sip and said, “How cosmopolitan.” And thus, the Cosmo was born.

"BarBox offers a variety of premium yet playful craft cocktails easily imbibed on the go...served in a signature eco-friendly boxed packaging that is lightweight and convenient."

You have already chosen a delivery method for this product. The original method will also be used for the new items.

Sorry, your browser is out of date
The web browser you are using is too old to view this site. Please update your browser or use Internet Explorer 11 or the current version of Microsoft Edge, Firefox, Chrome or Safari. Thank you!